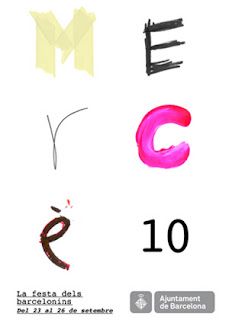 When 12.000 people are running in the street is that something is going on.. It is the beginning of La Mercè, a week to commemorate the Patroness of the city, with cultural and folklorical activities, a lot of music and dance.
The origins of La Mercè go back to the night of the 24th of September of 1218, when holy mother of Mercy ( Mercè ) made a great appearence to king James I and a couple more Saints. Centuries later she protected the city from a plague of insects and that's when she won her title ( which she has to share with Saint Eulàlia, but that's another story).
Today it's the best time to be in BCN, from 20th to 26th of September,  the cultural agenda is outstanding, the music concerts are free the atmosphere is amazing, trully local!! http://www.bcn.cat/merce/ca/index.shtml
﻿
﻿
﻿ 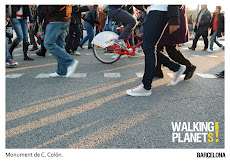 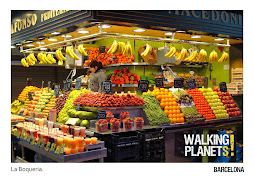 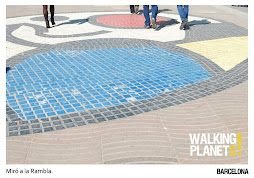